The UK population of Black, Asian and Minority Ethnic (BAME) communities in the UK is 14%; but there are only 5% BAME board members across the whole sporting sector. This low number of decision-makers from BAME backgrounds ultimately affects all of sport, for instance, the workforce in sport is at 3%, coaching 7% and lowest inactivity levels come from Black and Asians communities.

Some of these communities are rarely seen in elite-talent such as British Asians, who make up nearly 4 million people in the UK but only 7 British Asians out of 630 athletes represented Team GB in Rio Olympics and Paralympics. Sport Recreation Alliance found in 2018 that 40% of BAME communities had a negative customer experience in leisure centres compared to 14% of white British Communities.  Sporting Equals have led in research and development of pilot programmes to change the low levels of BAME participation across sport and physical activity.

In 2018 and after several years in the making, Sporting Equals pioneered the first-ever BAME Board leadership programme in partnership with the University of Leicester called the LeaderBoard Academy.

This Academy is designed to equip BAME professionals and former athletes with the skills they need to be effective on a board and also influence equality, diversity and inclusion (particularly BAME inclusion) in the boardrooms of sport. Key contributors include Nigel Walker - the only Black CEO in sport, Wasim Khan - CEO of Pakistan Cricket Board, Christine Ohuruogu MBE, Paul Elliott CBE, Denise Lewis OBE and Brendon Batson OBE.

The LeaderBoard Academy has already shown its potential with over a third of graduates already taking up Board positions. We look forward to continuing to shape and change the sports industry through this initiative. 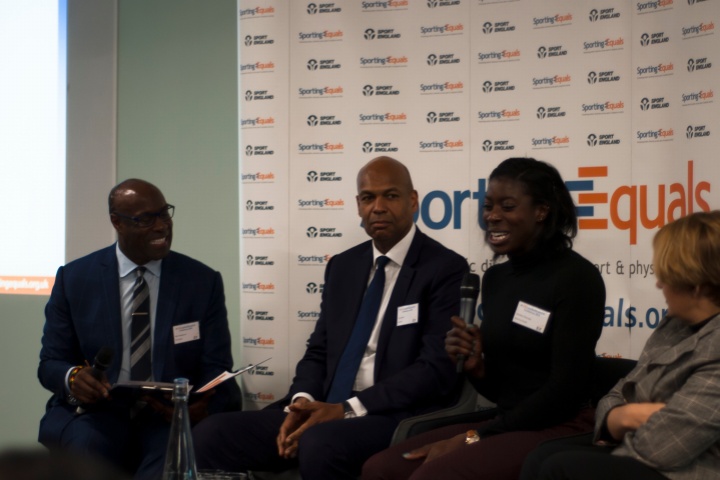